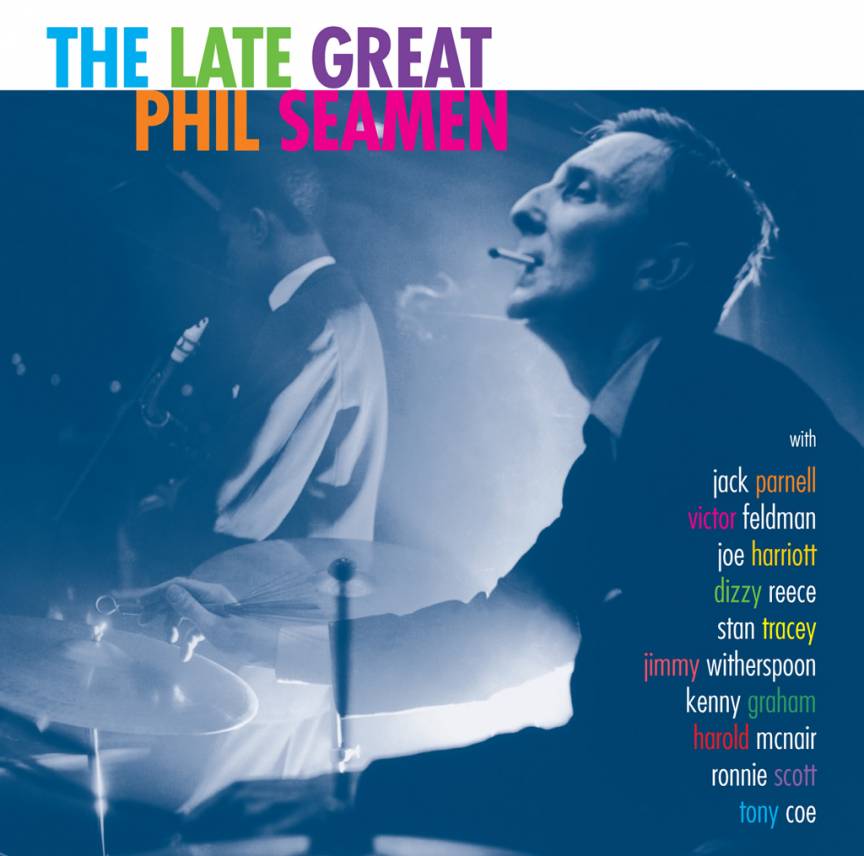 Phil Seamen was arguably the greatest jazz drummer Europe has ever produced. He was up there, alongside such contemporaries as Kenny Clarke and Philly Joe Jones – creative, and with a wonderful feel for time, a true personality with a recognisable sound and approach. A legend in his own lifetime, he died in 1972. Some only know his name for being Ginger Baker's mentor, but this album of highlights of Phil's playing is a salute that is long overdue. Ladies and Gentlemen, dinner is finally being served! Total time: 71'26". 24 page booklet.

The video clip is from some corny film called 'The Golden Disc' from 1958. The sound is not wholly synchronised with the video, but we get a good glimpse of Phil's soloing – first playing an intro and then again after the theme before getting faded out.

Jazz Journal 2009 (GB): "Throughout, Seamen is on top of his game, driving big bands of various hues, firing hard bop groups, producing African and Caribbean pulses, comfortably holding free jazzmen to a recognisable beat and at the opposite end of the spectrum punching home the blues. A powerful force, whose fast mind and hands make what would have been good music into music that is strikingly and lastingly exceptional."
Dusty Groove 2009 (USA): "An amazing tribute to one of the hippest drummers ever – the short-lived late Phil Seamen. Phil had an undeniable groove that was evident from his very first recordings – a bad-snapping sense of rhythm that made him one of the most in-demand drummers during the key Brit bop years of the 50s and early 60s, a time when Seamen's drumming could really transform the sound of a tune!"
Jazzwise 2009 (GB): "Congratulations to Michael Baird for compiling and producing this very well researched retrospective of a legendary drummer. Baird has concentrated on the numerous aspects of his playing – his versitality, technical brilliance and a remarkable ability to supply exactly what was needed at any given moment. Every stick-stroke is pin sharp, every roll as smooth as a flying carpet."