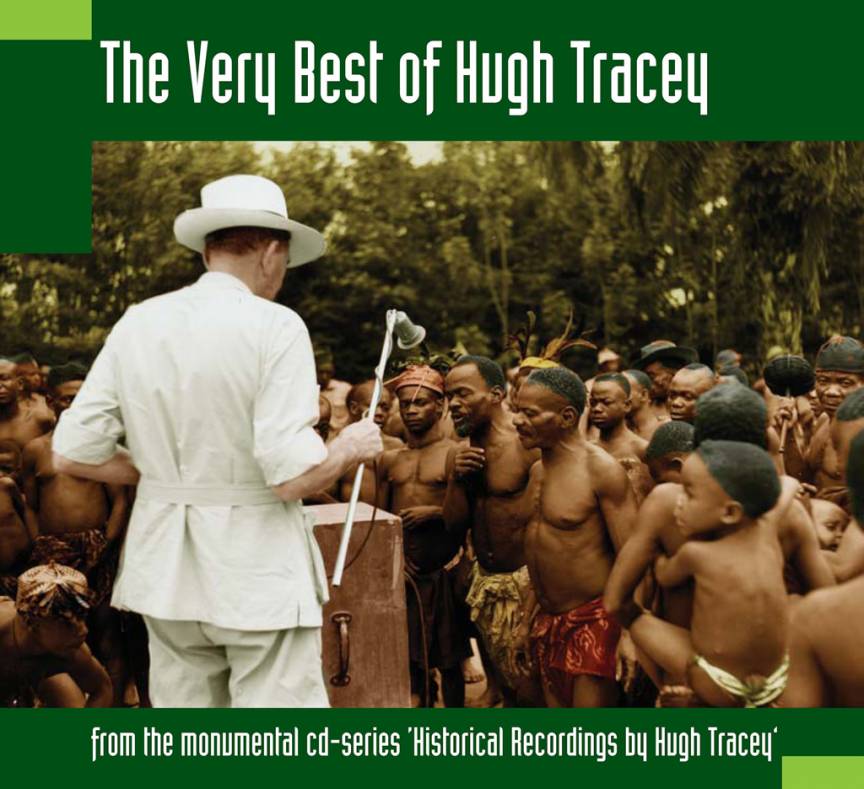 The Very Best of Hugh Tracey

Highlights from the series, plus Mwenda Jean Bosco

This album is temporarily unavailable! SWP 034 'The Very Best of Hugh Tracey' is sold out.....

This album consists of one star track from each of the 21 cds in the 'Historical Recordings by Hugh Tracey' series, plus 6 bonus tracks from the original session in 1952 with Jean Bosco Mwenda. These Mwenda recordings surfaced in the archive after Michael Baird had completed the series and we felt that we could not let them fall back into oblivion. SWP 034 is the perfect introduction to Hugh Tracey's recordings. Total time: 76'20". 6 page digipac.

The Beat 2009 (USA): "Cherry-picks from the 21 previous releases. Whether your thing is hot drum, xylophone or thumb-piano tones and beats, big choruses, sweet, savoury or bouncy vocals, they’re all in this collection. But the real prizes on this album are the hitherto unavailable tracks, except on the original vinyl recordings, of Congolese guitarist Jean Mwenda Bosco – a bit of heaven."
Songlines 2008 (GB): "Anyone aspiring to a good knowledge of African music will – or should – already know this stuff backwards. But if you need a one-stop guide to what makes traditional African music great, you won’t do better than this."
The Wire 2008 (GB): "Every track is a treat. Old school African music at its most joyous and accessible."